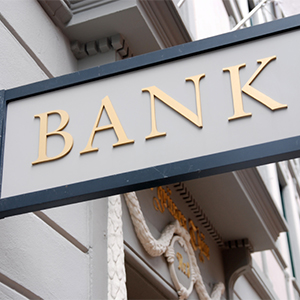 Several months ago the Jamaican Government asked the Bank of Jamaica to find a solution to the banking difficulties that have been hampering development of the medical cannabis industry. Since then many companies are still experiencing exclusion from the banking sector. This includes everyday services such as debit and credit card payments which is noticeable in many of the Jamaican Herb Houses who can only accept cash at the moment. Jamaican cannabis companies aren’t alone as many other ganja businesses around the world have been experiencing exclusion from the banking sector.

The main reason banks refuse to do business with cannabis companies stems from the Patriot Act – a anti-terror law passed in the United States shortly after the attacks on September 11, 2001. Cannabis is listed as a “schedule 1” controlled substances in the United States. The Patriot Act strictly prohibits any US bank or their international affiliates from handling funds for distributors of schedule 1 controlled substances. The majority of “local banks” route their international transactions through their US affiliates, which means accepting funds from a cannabis business would put both the local and international banks in breach of US law.

This law has already had a dramatic effect on Uruguay when it became the first country to legalize recreational cannabis. Uruguay’s cannabis industry was met with a swift and stern response from local banks who closed the accounts of any business that sold cannabis under pressure from US banks, although it was completely legal in Uruguay. This caused the legal supply to dwindle and the high consumer demand for cannabis meant people were forced back to the blackmarket.

Canada will be the first, first world country, to legalizing recreational cannabis on October 17, 2018 and the government has already stated they have no intention of facilitating a blackmarket. The US DEA, in a surprise move, recently approved cannabis shipments from Canadian producer Tilray. Are these indicators that banking regulations will soon be loosened in favour of the massive industry that is being forged in Canada? Only time will tell.

Head over to The Gleaner for a more in-depth report which covers some of the issues investors in Jamaica’s cannabis industry are having with limited banking services.

This site uses cookies. By continuing to browse the site, you are agreeing to our use of cookies.

We may request cookies to be set on your device. We use cookies to let us know when you visit our websites, how you interact with us, to enrich your user experience, and to customize your relationship with our website.

Click on the different category headings to find out more. You can also change some of your preferences. Note that blocking some types of cookies may impact your experience on our websites and the services we are able to offer.

These cookies are strictly necessary to provide you with services available through our website and to use some of its features.

Because these cookies are strictly necessary to deliver the website, you cannot refuse them without impacting how our site functions. You can block or delete them by changing your browser settings and force blocking all cookies on this website.

These cookies collect information that is used either in aggregate form to help us understand how our website is being used or how effective our marketing campaigns are, or to help us customize our website and application for you in order to enhance your experience.

If you do not want that we track your visist to our site you can disable tracking in your browser here:

We also use different external services like Google Webfonts, Google Maps and external Video providers. Since these providers may collect personal data like your IP address we allow you to block them here. Please be aware that this might heavily reduce the functionality and appearance of our site. Changes will take effect once you reload the page.